Nordic IN: Full support for united actions against Russia’s invasion

On behalf of Nordic IN we give full support to European Union and several governments around the world in their weighty actions in order to put pressure on Russia. Many of these decisions will affect also citizens in their own countries but, nevertheless, Russia’s outrageous violation of several international agreements and legislation must come to an end. Furthermore, we cannot and will not close our eyes from the tremendous agony already caused to ordinary citizens in Ukraine.

The unity applies also Nordic Trade Unions, NGOs and ordinary people who have showed their support in many ways. Demonstrations, donations for humanitarian aid and even personal actions helping Ukrainian people show that Russia is alone and that the occupation is unanimously condemned throughout societies.

It is now time to agree on a process that ensures a lasting peaceful outcome guaranteeing a united Ukraine.

In solidarity with workers and the people in Ukraine.

Nordic IN is an organisation for industrial trade unions in Sweden, Denmark, Finland, Norway and Iceland coordinating joint European and global influencing. The 21 Member organisations represent more than one million wage earners. 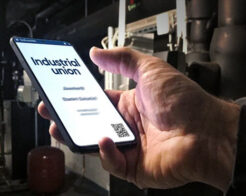